With thanks to Stephen Thwaites of Thermotech Fiberglass Fenestration. 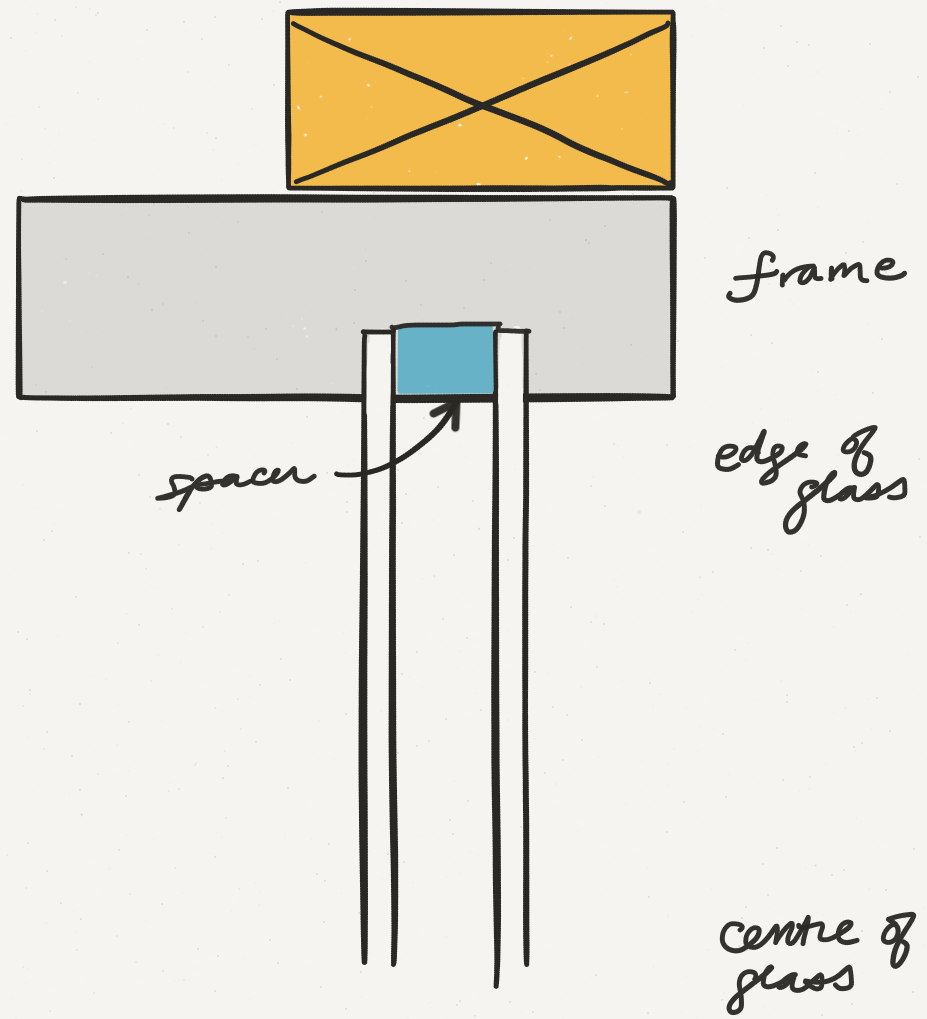 Aluminum is strong and light, but has a thermal conductivity over 200 times greater than that of glass. Aluminum is so good at moving heat that it is used to make heat sinks in computers. In a window, aluminum frames act as thermal bridges, carrying heat around the window and bypassing its insulating value. Because aluminum is such a good thermal conductor, window frames are usually made with thermal breaks. Thermal breaks are thin pieces of plastic which separate the inner part of the frame from the exterior part of the frame. The standard thermal break is only 6 mm thin, and leads to a frame with 5 times worse performance than the window glass it is supporting. A thicker thermal break of 15 mm can cut heat losses through the frame in half, and a much thicker thermal break of 40 mm in a triple glazed window can lower the U-value of the frame to 0.44. This is still higher than the centre-of-glass U-value in an insulating double-glazed window.

Another weak point in the window assembly is the spacer material used to separate the panes of glass at the edge of the window. Spacers are usually made with aluminum. Improved spacers made with materials such as steel are also available. Insulating spacers, made with foamed rubber, provide the best performance by reducing heat lost at the edge of the glass. 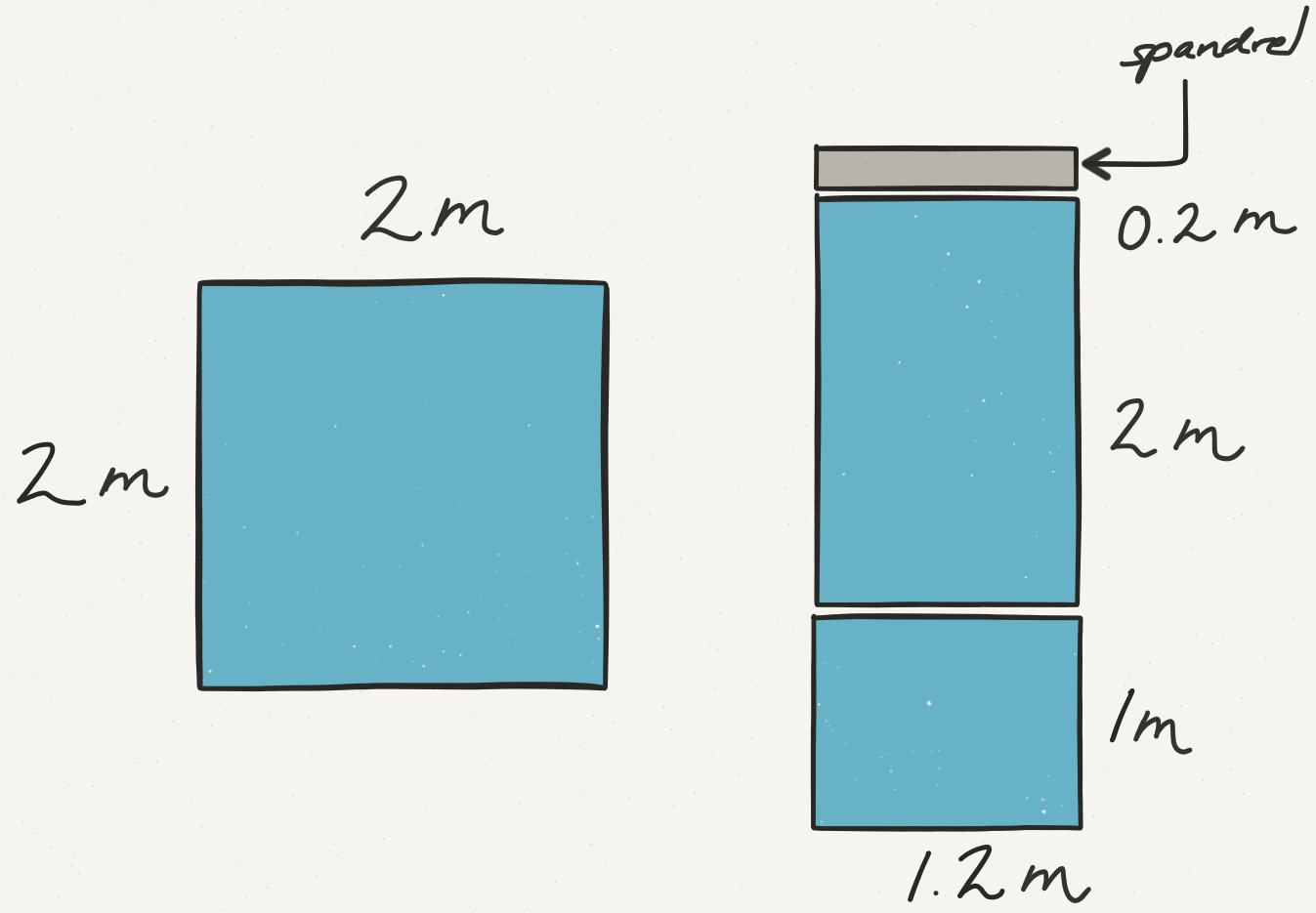 Given that the window frame is the weakest point in the window assembly, the easiest way to improve the performance of windows is to minimize the amount of framing by using fewer, larger windows. For example, a large square double glazed window of 4 square metres with a centre-of-glass U-value of 0.28 and a standard 6 mm thermal break has an overall U-value of 0.32 (R-value of 3.1). If we now break the window into three smaller pieces, there is a lot more framing, the edge of glass area is greatly increased, and the centre-of-glass area is greatly reduced. The overall effect is to double the rate of heat loss in the window with a U-value of 0.65 (R-value of 1.6).

What happens if we improve the frame in the more complicated window by improving the thermal break? Three options are shown in the table below.

Although improvements to the framing dramatically reduce the rate of heat loss, none of the options match the performance of the single larger window with standard framing and aluminum spacers.

So how do we get the most out of our windows? Specify larger windows, and use simulated divided-lites to maintain the appearance of smaller windows where desired. Specify better thermal breaks, and swap out the aluminum edge spacer with steel or with insulating foamed rubber. Your building will use less energy, feel more comfortable, and your windows will be less likely to suffer from condensation.